A “striking and intriguing” portrait of the American poet Anne Sexton, known for integrating her deeply confessional poetry with the practice of psychotherapy, A Certain Sense of Order is an exquisite poetic investigation in voice, gesture and sound.

Sexton: I think the tapes are very . . . I listen to them and it’s a different thing. In the first place I really hear you. Then again I hear me too, as much as I can bear to. Oh, I keep looking for some magical thing. If there was just some….

A Certain Sense of Order began with an email: Sasha and Naomi, two fans of Catherine’s eclectic compositional style, wondered if she might be interested in a collaboration. After meeting for coffee at Tate Modern, the three of us eventually settled on exploring the work of poet Anne Sexton. We were particularly interested in investigating her engagement with psychotherapy, which played a large role in her poetic practice, but instead of focusing on biography – an aspect to which female art-makers are so often reduced – we chose to explore these themes and others through the lens of a single poem. We developed the piece and presented it as a work-in-progress at Rough for Opera, hosted by Second Movement and Tête à Tête.

In preparation for the project, we discovered and were inspired by Dawn Skorczewski ‘s An Accident of Hope, which explores the relationship between therapy and poetry in Sexton’s work, as well as other scholarly texts on related subjects. As such, we are excited to include a short academic discussion as part of the performance, which we hope

will provide context for the piece, and offer a reading of the poem itself, through and against which viewers might our musical reading, as well as create their own.

A Certain Sense of Order from Tête à Tête #2 on Vimeo. 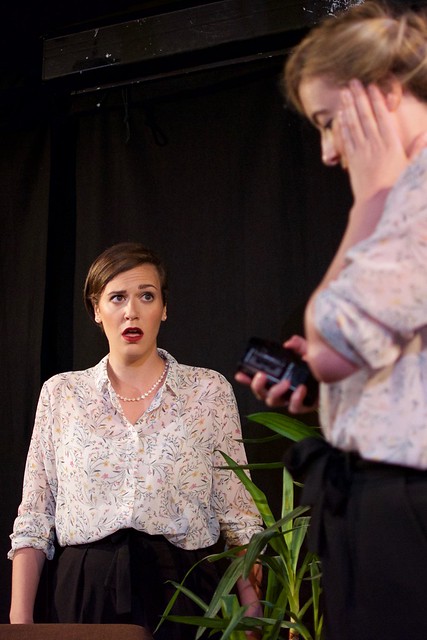 ticktock (Sasha Amaya and Naomi Woo) focuses on sonic and choreographic performance to produce, interpret, and devise works of opera, dance, and physical theatre. Sasha Amaya is a director focused on choreography, music, and installation art. Naomi Woo is a pianist, conductor, and musicologist who specialises in the study and performance of contemporary

Amaya Sasha is a multidisciplinary artist focused on contemporary dance, direction, and installation. Her work has shown on stage, in galleries, on videos, and as opera throughout Europe and North America. Amaya is particularly interested in experimenting with different modes of generating movement to create movement-based pieces with dancers, musicians, actors, and athletes. www.sasha-amaya.com

Naomi Woo is a PhD student in musicology, and a performer equally at home on the harpsichord, the prepared piano, and the podium. She studied mathematics and philosophy at Yale College, piano at the Yale School of Music and Université de Montréal, and musicology at Cambridge. www.naomiwoo.com

The Woman Who Refused To Dance