Musician/Artist/Vocalist/Performer Bishi has composed & a Song Cycle of 6 new songs, ‘BISHI: The Good Immigrant’ for Voice Looper, Sitar & Electronics, co-produced with composer & sound designer, Jeff Cook. The music is inspired by ‘The Good Immigrant’, edited by Nikesh Shukla is a collection of essays by 21 BAME writers, ruminating on race & identity in contemporary Britain. Each song is a response to a particular essay in the book, ending with a choral setting of Rabindranath Tagore’s ‘Where The Mind is Without Fear.’ 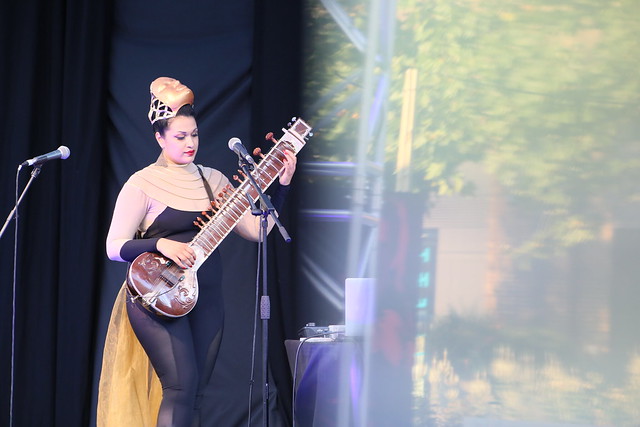 Cubitt Sessions are supported by:

Language is an Ocean: Nikesh Shukla