Genesis
Far Away and Long Ago is part of Tete-à-Tete’s programme of ‘seed bed works’ – pieces that we wish to workshop with the authors, company and our audience before developing into full-blown productions to produce ourselves.
Laura – “Alasdair and I share a mutual fascination with fairytales, especially the more grim content that is so often overshadowed by ideas of perfection and morality in a number of interpretations. The idea of drawing the truly nasty and

grimacing out of what is seemingly innocent not only gave us the basis for our opera content and narrative but also immediately drew up musical ideas.”

Alasdair – “I have spent a lot of my time over the past three years reading, thinking about, talking about and reading about fairy tales. A lot of the inspiration for the piece comes from listening to Jack Zipes (a translator of the Grimm Brothers) talk about how Fairy Tales are not and never have been for children; from re-reading ‘The Madwoman in the Attic’ by Sandra Gilbert and Susan Gubar, a book which had a profound effect on me when I first read it as a teenager; from Laura saying she liked fairy tales and wanted to do something Gothic and from the sheer childish freedom of being able to write a libretto where characters are allowed to sing ‘come’ and ‘cock’.

Did you enjoy fairy stories as a child? Be careful, this production puts the grim into the Brothers Grimm with a dark re-telling of some of the old classics with no reference to Disney. With classic Tete à Tete theatrical pace enjoy these witty, sassy dark tales of magic and mayhem. Definitely not one for children! 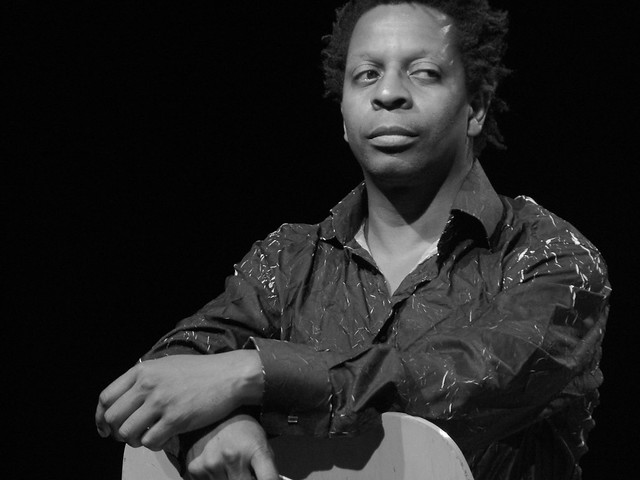 Biographies
Laura Bowler is currently studying for her MMus in Composition at the Royal Academy of Music with David Sawer. Prior to this Laura gained a 1st in her BMus from the Royal Northern College of Music studying with Adam Gorb. She also studied for a single semester at the Sibelius Academy in Finland.

Michael Henry studied composition at the Royal College of Music 1981-5. Recent events include co-composition of the Rocket Symphony for 500 voices and Fireworks for Linz 2009, vocal MD at the National Theatre and solo baritone in Scott Walker’s Drifting and Tilting at the Barbican.

Stuart King is also artistic director CHROMA. He enjoys a vibrant career that embraces many different artforms: contemporary classical music, dance, fine art, opera, outreach-participation, arranging, teaching, mentoring and directing. Equally at home behind a clarinet or treading the catwalks of Paris, Stuart has been Artistic Director of CHROMA for 12 years.

Miriam Lowbury plays with many diverse orchestras and groups, ranging from Royal Opera, the Hanover Band, to the BBC orchestras. Her recordings have been nominated for a Gramophone Award. As a chamber musician she has held residencies at Southampton University and the University of the Third Age.

Helen Sharp works with all the major London Orchestras on a freelance basis, most regularly, the London Philharmonic. 2008 saw her enter the theatrical world as the Penguin MD of the award winning show for children, Cloudcuckooland. She is now enjoying being back in an orchestra! She trained at the Royal College of Music and Clare College, Cambridge.