Bill Bankes-­‐Jones writes: “Following my involvement in the Puppetry in Opera conference last year, I was delighted when Linda Lewis (Director the Puppet Centre) said that she would like to explore the field further and back an experimental new commission. Meanwhile, after his brilliant contributions to previous Festivals – The Mourning Show and The Third Policeman – I had been chattering away for months with Ergo Phizmiz about a new opera inspired by Gala Dalí. These two threads seemed made to intertwine. Linda also brought to the party the wonderful puppet mastermind, Isobel Smith, and our old friend Linda Hirst, whose vocal faculty at Trinity Laban partnered up to create performances for the Puppetry in Opera conference. We are having a ball!”

Gala began life in 1894 in a Russian backwater before TB brought her to a clinic in Switzerland where she met poet Paul Éluard. She returned from Russia to Paris to marry Paul, then after many affairs lived in aménage à trois with Paul and artist Max Ernst. Gala was ferociously oversexed, and also incandescent in igniting the imaginations of many surrealists. This turned really explosive when she met Salvador Dalí, whom she married in 1934, two years before her hysterectomy. Undeterred, she spent the rest of her live ravaging men, often to the delight of her voyeuristic husband, who was fiercely loyal and constantly declared her his Muse. But no-­‐one meant more to her than the young Jeff Fenholt, then playing Jesus Christ Superstar on Broadway (subsequently a member of Black Sabbath, and now a televangelist). The opera springs from a particular moment when Jeff (aged 23) visits the 79-­‐year old Gala…

Read a preview about Gala on the Puppet Centre site 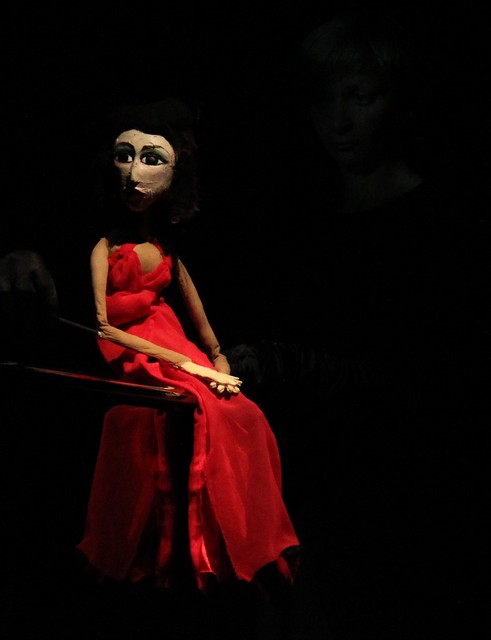 Bill Bankes-­‐Jones has directed all Tête à Tête shows, written the words of several, and masterminded all seven Festivals. He trained under the ITV Regional Theatre Young Director’s Scheme, and enjoys a busy freelance career – including, most recently, Hansel & Gretel for Scottish Opera (Director & Translator) and Entführung for Iford – and chairs the Opera & Music Theatre Forum.

Isobel Smith, Artistic Director of Grist to the Mill, uses puppets, found objects and installation to produce powerful contemporary theatre. Isobel studied at Central Saint Martins (BA) and is a graduate of the Green Ginger ‘Toastie’ scheme. She has recently completed a Puppet Centre residency at Nuffield Theatre, Southampton.

Timothy Burke read Music at Exeter College (Oxford) and trained at the Guildhall School, the National Opera Studio, and the Jette Parker Young Artists Programme (ROH). He conducted his own composition The Physicists at last year’s Tête à Tête: The Opera Festival, and previously conducted Der Jasager, Trouble in Tahiti and The Crocodile at the Grimeborn Opera Festival.

James Young is an MD, pianist and composer working across many genres: from opera and experimental music theatre to pantomime, work with These New Puritans and Shirley Bassey, from song and piano-­‐duo recitals at Wigmore Hall to tours with Piano Circus, and from commissions for incidental stage music to an upcoming Sydney premiere with 4 Girls 4 Harps.

Teele Uustani is a puppeteer and performer. She studied puppetry at the Central School of Speech and Drama, and is currently doing physical theatre training at London International School of Performing Arts. Previous work includes: King Harald’s Saga (CSSD/Trinity Laban Conservatoire), The Man Who Wasn’t There (Genius Sweatshop).

Alex Gilchrist is delighted to be taking part in this Tête à Tête and Puppet Centre collaboration through Trinity Laban (where he trains in Musical Theatre), and to be creating the role of Jeff Fenholt in Gala. Some of Alex’s other roles include Anthony Sweeney Todd and understudy Robin Robin Hood at Greenwich Theatre.

Laura Monaghan is currently studying at Trinity Laban Conservatoire of Music and Dance with Linda Hirst. Her studies are generously supported by the Lions International and she is the Drapers’ de Turckheim scholar for 2013/14. In August, Laura will take part in the New London Opera Players Summer School, supported by a TLCMD External Courses Bursary. www.lauramonaghan.co.uk

The Ant and the Grasshopper