HEARING VOICES was originally commissioned for full orchestra by the BBC Concert Orchestra, as part of a live transmission from QEH Southbank of a series of works called H7steria. Created from a mixture of recorded testimony and texts, HEARING VOICES is dramaturgically structured to explore the individual experience of mental illness of a series of different women, each portrayed in turn by the solo singer.

HEARING VOICES has been re-­‐worked for chamber ensemble in order to both explore the musical and dramatic possibilities of interaction between the singer and instrumentalists, and to enable the piece to be accessible to a wider audience. The latter has enabled collaboration with Bobby Baker’s Daily Life Ltd – an East London-­‐based organisation that aims to create powerful art that changes the way people think about mental health – and this partnership will lead to further performances later in 2015.

HEARING VOICES is a multi-­‐media song-­‐cycle for solo voice, ensemble and recorded voices, inspired by Jocelyn’s great aunt Phyllis Williams, who struggled to live with the voices she heard. HEARING VOICES explores the pain, laughter and protest of women who have experienced mental illness across generations.

The piece owes part of its inspiration to the bookAgnes’s Jacket by Gail Hornstein and it begins by imagining the character of Agnes Richter, an incarcerated German seamstress who embroidered her thoughts onto a jacket made of scraps of fabric in 1906. HEARING VOICES goes on to use the words written by Phyllis Williams during her twenty-­‐five years of incarceration in an asylum, as well as the recorded words of artists Bobby Baker, Julie McNamara and Jocelyn’s mother Mary Pook, documenting their own experiences with mentalillness. 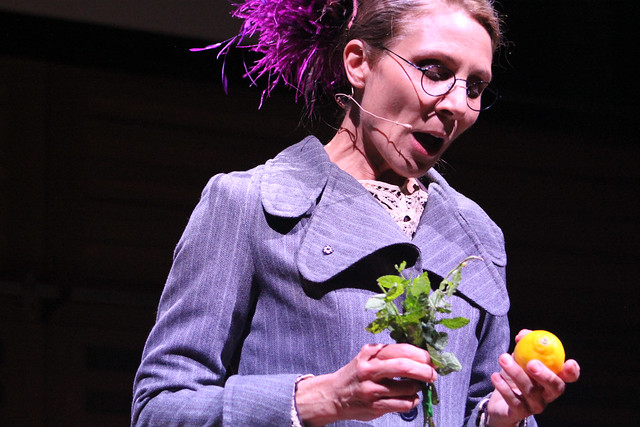 Dragan Aleksic is a visual artist. Dragan’s artworks have ephemeral and time-­‐based qualities; his sculptures, drawings and video installations have been shown across Europe. Previous Pook collaborations include the installation Tides, Speaking in Tunes, and a striking video for Pook’s Ingerland (Opera Shots, ROH Linbury Studio).

Melanie Pappenheim, singer and performer, regularly works with contemporary composers such as Orlando Gough, Gavin Bryars and Graham Fitkin. Her combination of skills as an actor and singer has led to work with playwright Caryl Churchill, DV8 Physical Theatre and director Rufus Norris in Dr Dee at ENO.

Susi Evans “has a deep knowledge of the klezmer idiom” (Evening Standard) and is a founder member of She’Koyokh and the London Klezmer Quartet. She performed regularly in the National Theatre’s smash-­‐hit production of War Horse. Susi graduated from the Royal Academy of Music in 2004 and has studied in Istanbul, Hungary and at the Plovdiv Music Academy in Bulgaria.

Preetha Narayanan is a highly accomplished violinist who has performed and led projects extensively around the world as a soloist and collaborator, and with bands such as Oi Va Voi and Shammi Pithia. Merging Western and Indian classical training, Preetha is sought after for her distinctive voice and unique sound. She forms the core of Quest Ensemble and co-­‐founded London-­‐based band Flux.

Laura Moody is a cellist and vocalist. A long-­‐standing member of innovative string quartet the Elysian Quartet, she is also known for her virtuosic ability to perform with cello and voice simultaneously.