What you are seeing is the first, of eventually three pieces from a planned operatic triptych, The Headless Soldier. All three hail from the original collection of plays by Mark and are linked by themes of war and the family unit, to name but a few. The second o pera will focus on the relationship between the wife – the character in Intolerance – and her husband, the third on their son and a headless soldier.

Intolerance began life as part of the Shoot / Get Treasure / Repeat collection of plays by Mark Ravenhill. The composer Conor Mitchell approached the playwright for a possible text of his to set and this opera was born. The story of Intolerance is this: a middle-class woman describes her failed attempts at curing a stomach disorder until, that is, she comes across a magazine article that changes her life. But, naturally, that is just the surface of the story. There is another intolerance beneath the surface of the character. 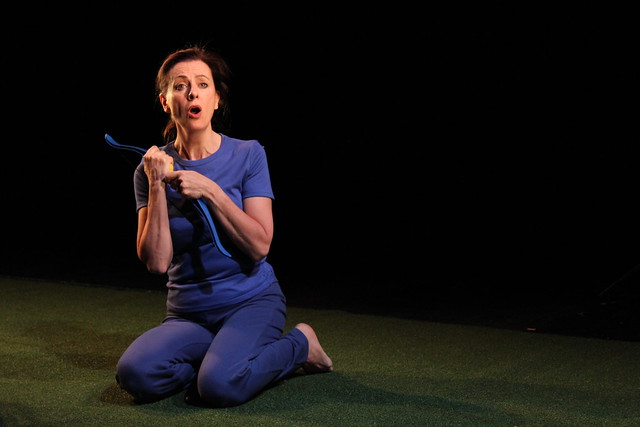 Conor Mitchell is a musical dramatist from Northern Ireland. His work has been performed at the National Theatre, Royal Court, throughout Ireland, the UK, US and Europe. He is currently writing the song cycle Ten Plagues with Mark Ravenhill for the singer Marc Almond, a mass, a children’s opera and three new music-plays. He is 32.

Mark Ravenhill is an internationally acclaimed playwright whose first full-length play, Shopping and Fucking, opened at the Royal Court Theatre Upstairs in 1996. In the UK, his works have also been produced at the National Theatre, Donmar Warehouse, Barbican Theatre, Soho Theatre, Lyric Hammersmith and Traverse Theatre, Edinburgh. Mark is currently under commission to Headlong Theatre and has written the libretto for Ten Plagues, a new opera for Marc Almond.

Bertold Wiesner is an experienced theatre producer and film fundraiser. He has produced in the UK, Europe and US, and has worked in varying capacities for Les Rencontres d’Arles, First Media Syndicate, the Barbican Theatre, the Thames Festival, Dance Umbrella, and the London International Mime Festival.

She walketh veiled and sleeping…