This sixties-Barbados, upbeat, lyrical opera is the love story of Sonia, a mercurial Barbadian, and Edward, an English aristocrat, trapped in their nightmarish history of enslaver and enslaved. The musicality of the Barbadian language vocalises, and English cadences transform a divisive past into a shared future for present-day British-Barbadian culture. Supported by Arts Council England.

LA BELLE DE LA BÊTE was born in 2007, to mark the 200th anniversary of the abolition of the slave trade. It falls within my Bimshire Cycle – a series of librettos inspired by British-­‐Barbadian history. My childhood home overlooked a sugar plantation; thus, I grew up at an interface between England and Barbados. The cane arrows shimmered beautifully, their roots buried in a bestial past. Could bête birth belle?

Act 1. 1962, Barbados. Canecutters down their cutlasses for lunch, and recite the Angelus as a church bell strikes noon. Easter finds Sonia, her brother Zeek, and family friend Jackman happily flying their kites, when a red kite slashes Sonia’s. It lands at the feet of Edward Walker, Earl of Gawthrup, but Lady Walker, his mother, bustles in with Edward’s best friend Henry, trailing a red kite, anddampens the immediate chemistry felt between Edward and Sonia. Sonia accuses Henry of damaging her kite, but hurriedly exits when she remembers that her father has declared the plantation house forbidden territory. Henry searches for Sonia to apologise, but runs into Zeek and Jackman. Jackman’s jealousy is roused at news that Henry has repaired the kite but Zeek fears for the missing Sonia. By the time Xmas rolls around, Terencia discovers her daughter’s crush and takes her to the slave burial ground as a wake-­‐up call only to run into Edward and his mother. Terencia is determined that Sonia will resume her role as a traditional healer in the family. Gerald, however, foresees a modern future for his daughter – far removed from herb-­‐gathering. Terencia fears that the past will be forgotten and summons her ancestors for help. 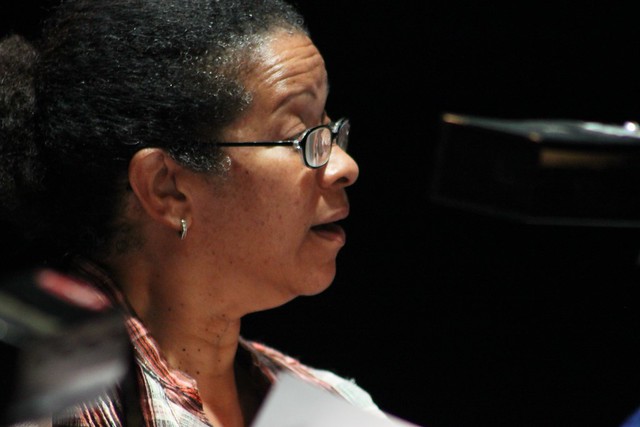 Pete M Wyer is a composer who is drawn to storytelling. He has written eight opera/music-­‐theatre works and three staged song-­‐cycles. He has created works for the London Symphony Orchestra, Royal Philharmonic Orchestra and Juilliard Orchestra, along with many others, and is the recipient of a number of international awards and fellowships.

Gweneth-­‐Ann Jeffers studied at the University of Exeter, Goldsmith’s College and the GSMD. She was a Vilar Young Artist at the Royal Opera House, and has represented England at Cardiff Singer of the World. Her operatic roles include: Aida, Senta, Leonora La forza del destino, La Wally and Santuzza. She is noted as an exponent of the works of Messiaen.

In the early stages of her career, Hyacinth Nicholls was a young Artist in the Royal Opera House’s Garden Venture programme. She made her opera debut at Glyndebourne, in 1986, and has performed with the Festival and Touring Company on numerous occasions. She is an experienced performer of contemporary works,and has enjoyed success across the UK, and abroad.

Claire Platt trained at the Guildhall School of Music and Drama. Theatre credits include: Betty The Screams of

Ben Thapa studied at the Guildhall School of Music and Drama, the Royal College of Music and the Wales International Academy of Voice (with Dennis O’Neill). Past roles include: Tamino, Florestan, Kudrajs, Max Der Freischütz, Dick Johnson, and The President Mittwoch aus Licht (BBC Proms). Ben is in demand as an oratorio and concert soloist.