De Montage Art Collective is an interdisciplinary group of artists seeking to explore the most relevant contemporary issues by collaborating with specialists from the fields of Science, Philosophy, Psychology and Sociology.

MANNEQUIN tells the story of Ania, clone of Anna, a deceased famous singer. Raised to be a perfect copy – declaring her disregard for originality by simulating her genetic predecessor, yet all the while grasping at an unattainable sense of uniqueness that she so desperately craves – Ania recounts Anna’s life, of which she has learnt through the distorted lens of popular culture. Forced to come to terms with her inability to match Anna, Ania must confront her own lack of individuality. No longer able to copy Anna, yet bereft of an identity of her own, she reaches an impasse. Inspired by the ideas of Baudrillard, MANNEQUIN explores the nature and importance of originality in the context of a culture that continually finds new in the old and increasingly blurs the line between copy and creation. 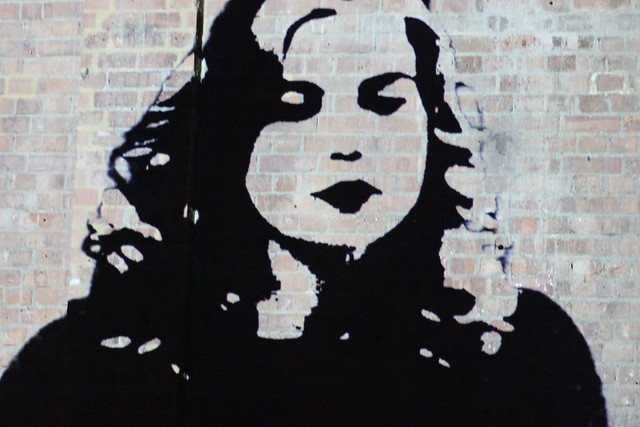 Words: De Montage Art Collective, Tamsin Collison and an extract from the epigraph to AnnaAkhmatova’s Prologue Or a Dream within a Dream,1942

Maria Vatenina is a Russian composer based in London. She studied composition and music theory at the St Petersburg State Conservatory and undertook a Masters at the Royal College of Music, supported by the Joseph Clover Award. Her music is regularly performed in London and internationally.MANNEQUIN is her first opera.

Tamsin Collison (librettist) is delighted to be part of Tête: à Tête: The Opera Festival 2015. MANNEQUIN is her

Héloïse Werner (born in Paris) was a member of the Maîtrise de Radio France.She then read music at Clare College, Cambridge, where she was also a choral scholar. She is a singer and Co-­‐director for London-­‐based contemporary quartet The Hermes Experiment – Park Lane Group Young Artists 2015-­‐16.

Sue Lynch works as an improviser in experimental music and jazz. She curates The Horse Music Club at I’Klectik Art’s Lab in South London, with Adam Bohman. She studied Fine Art at Coventry College Of Art. In the 1980s, she toured internationally with The Happy End Big Band.

William Cole’s compositions have been heard at venues across the UK, with recent performances from the Britten Sinfonia, Ian Pace, The Hermes Experiment and Peter Sheppard Skaerved at the Three Choirs and City of London Festivals, and on BBC Radio 3. He is also active as a conductor, pianist, singer and writer on music.

Ana Gasco Gomez is a Spanish percussionist. After finishing her studies with distinction at the Real Conservatorio Superior de Música de Madrid, she came to London, where she studied as a postgraduate at the Royal College of Music. She has performed internationally in venuesacross Spain, Italy, Canada, Mexico and England.

Eiko Yoshizumi is a headpiece designer and a visual artist based in London. Originally from Osaka, Eiko moved to London in 2014 to study Millinery. Eiko studied Fashion Design and Art and Technology at the Kobe Design University. She started her own headwear label (VoH) in 2014.

Miena Mizusaki was born in Japan and now lives and works in London. She has trained in lighting for the performing arts – where her interest in light, colour and perception originated – and has subsequently worked internationally in this particular field. Through her work, she seeks to express the temporary, ephemeral nature of light and colour.