Prepared to be surprised, delighted, and entertained…

A hugely popular feature each year, Tête à Tête tours a small performing group around the public spaces of King’s Cross (streets, parks, squares) and our own foyers to perform a set of super short five minute operas.

Sarah feels stuck. All she wants is a quiet life; a non- hyperactive five year old and a house in Barbados. So finding a lamp at the bus stop that looks mysteriously like the wish fulfilling, genie-containing lamp from Aladdin is obviously going to be the answer to her prayers… right?

My Mother My Daughter

A mother/daughter relationship from cradle to grave.

One woman approaches another on the street. But is money all she’s after?

Time to wake up! 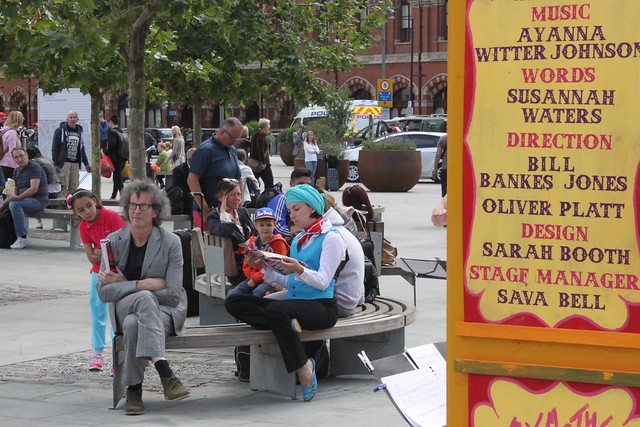