The Bridge of Magpies

Cross art and cross cultural performance based on the traditional Chinese story of a star-weaving goddess whose curiosity about life below draws her, secretly, down to earth. Engendering the anger of the gods, by falling in love with a mortal, cowherd boy, it is down to the compassionate magpies to keep their love alive. With music and dance influenced by Chinese traditional opera, fused with contemporary dance and newly composed music, it bridges cultures: British and Chinese, with British and British-Chinese artists key; art forms, dance and music; the traditional and the modern. Each episode of the story serves as a commentary on life and the nature of things, punctuated with Daoist quotes and wisdom. It’s a series of moving, musical koans. Add to this a playful spirit & the magic of fairytale, it appeals to all ages. An original piece by Sister Sarah Productions Ltd. 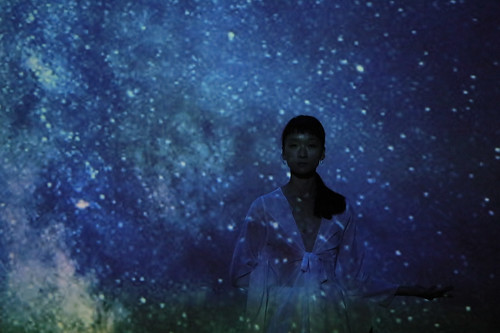 Also on the same day

Growth of the Silk