THE FISHERMAN AND HIS WIFE is a new comic opera for children. The Fisherman is struggling to put food on the table and his life is further complicated by his cruel wife. When he finds a talking fish that can grant wishes, the Fisherman’s life changes very quickly… but is all what it seems? 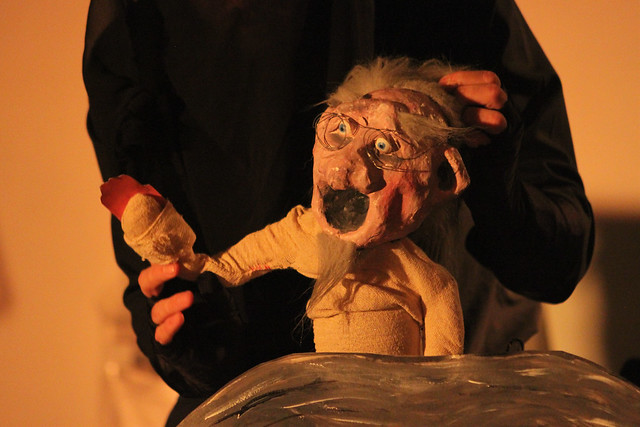 Eralys Fernandez (Cuban-­‐born) is a concert pianist and has performed as a soloist with the National Symphony Orchestra of Cuba. She has a Masters in Advanced Piano from the Royal College of Music and has released two CDs of Latin American Music. As a composer, she has written a music book for children and music for voice and cello.

Alex Winfield (Bermuda-­‐born puppeteer and theatre maker) worked as a freelance puppeteer for six years in Canada. He recently made the move to London to complete an MA at the Central School of Speech and Drama and continues to perform at festivals, theatres and puppet slams around Europe.

Maya Sapone (Italian/Thai opera singer) is an extremely versatile artist with exceptional vocal flexibility and improvisational skills. Her areas of activity range from performing in operas and musicals to singing on soundtracks for film and TV. Maya has participated at Tête à Tête: The Opera Festival several times as a performer, and this year sees her directing as well. A highlight of her career thus far has been receiving great critical acclaim for her interpretation of the role of Lady Thiang in the UK Tour ofThe King and I. “Fabulously hot-­‐ blooded” (Neil Fisher, The Times). www.MayaSapone.co.uk