There will also be an interactive broadcast of this show at 19:00-20:00, Wednesday 11th August 2021. A recording of that broadcast will be available for 28 days.

“She drinks, smokes, swears, [and] is scarily ugly”— men would say, yet women would say “she was a lady to her fingertips”. Who was the enigmatic Princess Metternich?

The most infamous belle laide in Paris, she helped birth haute couture, introduced Wagner to Paris, and was a muse to painters such as Degas, had countless songs written about her, was known to turn cartwheels in her crinoline, founded a smokers’ club where she and her friends enjoyed cigars, and smuggled the crown jewels out of France after the Second Empire fell.

She was close to Empress Eugenie, with whom she made waves across Europe with her daring style and enduring friendship.

The threads Princess Pauline Metternich wove into the fabric of western history have mostly been lost to time.

Now, she is largely remembered for her infamous and disputed emancipated topless duel with a countess over a flower arrangement.

So who was the real Pauline Metternich?

This performance contains mild injury and non-sexual nudity. Please be aware this is a scratch performance and as such is still a work in progress.

You can find the complimentary comic/programme here.

The interactive broadcast will include a Q&A with the cast and creative team.

Content advisories: Mild threat and violence, nudity in accompanying material (drawn, unrealistic) which is also projected as part of the show. 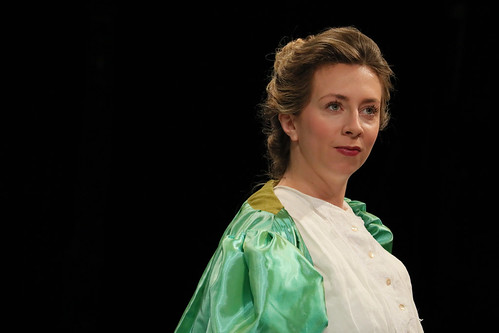 The Crocodile of Old Kang Pow, Acts 1 and 2

EXPO MCYO: a thread through change

Until the Trans Lady Sings – An Autobiographical Spoken Word Overture