Synopsis: All the action takes place within a film studio, where the story of ‘The Three Wishes’ is being filmed.

Indolenda and Juste, a bored, middle-aged and unhappily married couple, wake up to the sound of the cuckoo clock. The ill-humoured Juste goes hunting to slaughter as many animals as he can. As he is leaving, Indolenda groans in her sleep – she is dreaming about an enigmatic ‘three stars in a trap’. Juste impatiently leaves Indolenda to dwell on the meaning of her dream. Her maid Adelaide enters–she has had the very same dream as Indolenda. Juste, meanwhile, is in the countryside, bloodthirstily looking for game. After seeing various hallucinations he comes across a remarkable Fairy caught in a wolf-trap. Initially dismissing her as a vision, Juste finally decides to take the Fairy home to propitiate his dreamy wife. At home, Indolenda is lonely: searching for meaning, she decides that the only joy can come from planting flowers. Juste enters with the Fairy. Indolenda is suspicious – but when the Fairy offers the couple three wishes in return for her freedom, becomes more interested. Indolenda makes the first wish – she wants to be rich. Immediately their humble home becomes a luxurious abode – but it won’t take long for Juste and Indolenda to descend into their usual bickering….

Second Movement would like to dedicate this performance to the memory of Sir Charles Mackerras who died last month. As well as a legendary conductor and interpreter of Czech music, Sir Charles generously gave his support to our Martin ů project and for our production of The Knife’s Tears. He will be much missed.

Second Movement was founded in 2004 by director Oliver Mears, conductor Nicholas Chalmers and producer Abigail Toland to provide a platform for young artists, musicians, designers, directors and technicians to work together on the professional production of fully staged opera. The company specialises in rarely performed and risk taking repertoire. Works produced include the UK stage premiere of Rothschild’s Violin, an opera based on Chekhov’s short story, composed by Benjamin Fleischmann and completed by Shostakovich, the UK premiere of The Knife’s Tears by Bohuslav Martinů and the world premiere of Fade by young US composer Stefan Weisman. Second Movement, committed to bringing new audiences to opera and challenging preconceptions about the form, stages its operas in unexpected places which have included an old banana warehouse in Covent Garden and a Victorian music hall in Hoxton. Future plans include a full staging of The Three Wishes or the Inconstancy of Life by Martinů and performances of the company’s acclaimed 2007 production of Martinů’s The Knife’s Tears in the Czech Republic. 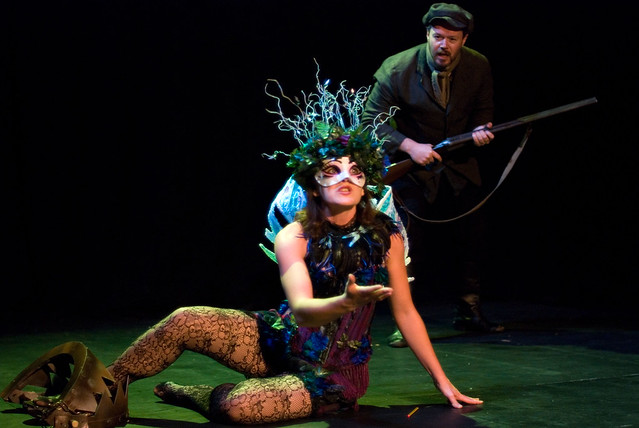