Until the Trans Lady Sings – An Autobiographical Spoken Word Overture

Catch-up for £1 until 4th September

Alice is a poet who yearns to sing, but to her music seems terrifyingly stratified: Soprano, Contralto, Tenor, Bass; is the role you play always ordained by your vocal physiology? In the superficially respectable world of Opera gender seems temptingly bendy, unfortunately Alice can’t hold a note… This is a Spoken Word Overture in which full-time Performance Poet and part-time woman Alice d’Lumiere lays out a challenge in verse; which she calls on you to witness. She is giving herself a year to become a singer. She’s an outsider in gender, an outsider in opera and the clock to Tête à Tête: The Opera Festival 2022 is ticking…

In the interactive broadcast’s Q&A Alice will answer your questions about her performance challenge, but more than that she hopes you can answer some of hers, for the world of opera does seem to be terribly complicated!

This is a double bill with EXPO MCYO: a ginnel of gyves. Until the Trans Lady Sings: An Autobiographical Spoken Word Overture will run for 10 minutes, and both creative teams will share the Q&A. 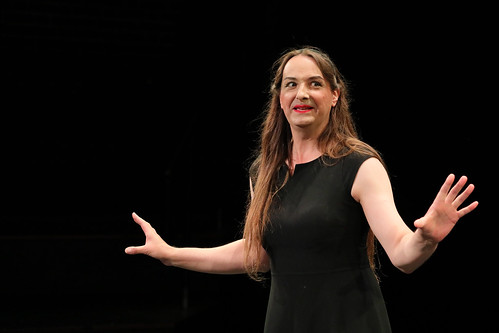 EXPO MCYO: a thread through change

The Monk of the River