Do you remember the song your mother sang in order to comfort you, and make you fall asleep? Did you resist? And what about now?

Lullabies can often be our first encounter with music, but they also could introduce us to the ambiguities of darkness and passivity. Lullabaloo (lullaby & hullabaloo) moves between insomnia and nightmare, news and nostalgia, creating a polyphonic poem about the sleep of reason producing monsters. 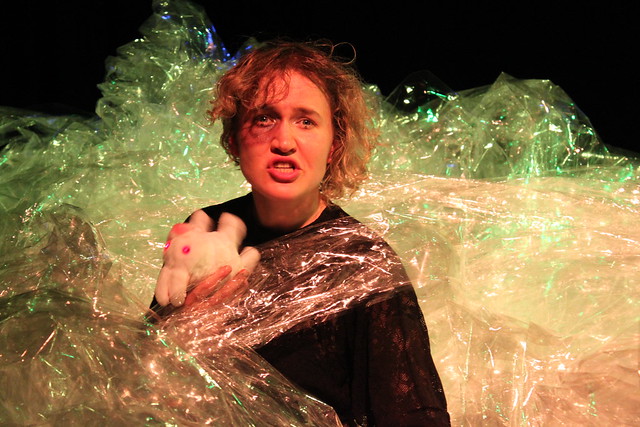 W.N. Herbert was born in Dundee in 1961. He has published seven prize-winning volumes of poetry, most recently Bad Shaman Blues (Bloodaxe, 2006), and is widely anthologised. He has engaged in numerous public art and cross-media projects, and has collaborated with several composers, including Naomi Pinnock and the late Keith Morris. He is Professor of Poetry and Creative Writing at Newcastle University.

Evangelia Rigaki has a PhD in Composition from University of London, following which she undertook postdoctoral research at Humboldt University in Berlin. From September 2010, Evangelia will be a lecturer in Music (Composition/Opera Studies) at Trinity College, University of Dublin. Her works have been performed in venues such as the Cheltenham Festival, Queen Elizabeth Hall, Aldeburgh, Darmstadt New Music Summer Course and the Operadagen Rotterdam Festival. Recent performers of her works include the BBC Singers, EXAUDI, Barbirolli Quartet, Chroma Ensemble, Richard Alston Dance Company, Opera Studio Minailo and Tête-à-Tête Opera.

Andreas Papanastasiu is a visual artist. In 2006 he was selected to participate in the Summer Exhibition at the Royal Academy of Arts. In 2008 he won at the Chelsea International Fine Art Competition. His work has been shown in London, Athens, Munich, Vienna, Budapest and New York.

When a Man Knows