YOUR CALL… PART 1 grew out of the work Kevin Jones did as a part of the CreST (Creative Speech Technology) Network – a research project based at the University of York. The CreST Network was a collaborative effort that brought together practitioners from science and the arts, all of whom work with the voice. Together they explored the intersection of art and science and the creative applications of speech technology. This two year project culminated in Articulate – the first ever concert of music for live and synthetic voices, presented at the Woodend Gallery (Scarborough) in January 2013. It was during this concert that the first bits of YOUR CALL… PART 1 were performed.

One woman perpetually plugged into a digital world that is unraveling asshe listens. The phone rings. A synthetic voice jabbering away. But this voice knows things about her that it shouldn’t.Then there are more voices, and more voices and she finds herself plunged into a horde of synthetic characters all vying for her attention, peppering her with questions and not always agreeing on just what it is they want to know. But they all seem to have an agenda of their own, if she can only figure out what that is. What begins as an everyday, human-­‐machine interaction exposes elements of each that neither had anticipated. 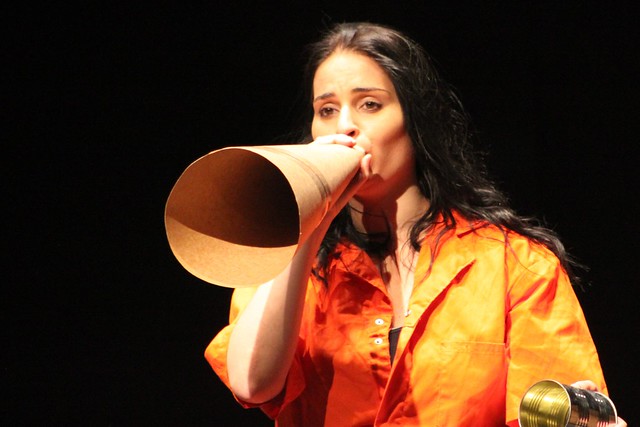 Kevin Jones is a composer and writer whose works have been presented internationally. He has received awards from Meet the Composer, Composer’s Forum, the Harvestworks Foundation, Security Pacific Galleries, the Lower Manhattan Cultural Council and New American Radio. He was educated at the University of North Texas, New England Conservatory and MIT.

Joy Kellman’s choreography has been presented internationally. She has received grants/commissions from Harkness Foundation, Meet the Composer, DTW and worked with Bella Lewitzky, Arthur Aviles, Lynda Davis, Marta Renzi and Daniel Nagrin, amongst others.She has been on the faculty at New York University’s Tisch School of the Arts, since 1996.

Mezzo-­‐soprano Lisa J. Coates’ repertory covers a wide range of periods and styles, with a particular emphasis on twentieth-­‐century Art song, contemporary music, and contemporary music-­‐theatre. She is Co-­‐Director of Timeline Songs with composer Stef Conner, and was previously a member of the Northern Sinfonia and the 24.