“There is the feeling of exhilaration as we enter the descent.

As we rush toward the ground

we experience a new gravity – somewhere in the gut – pushing us back towards the sky, we sense it in the body. But always, the pull of the earth is so compelling…”

The writer, Ben Okri once said to me: “the loudest sounds in the universeare inside us and, for me, opera is the form that best gives them voice”, which rings particularly true with this piece. GUT takes us on a raw journey of the mind, through the surprisingly common experience of mental disorder – around 25% of all people will suffer some form of mental illness and almost all will encounter it through a friend, relative or colleague. GUT is a raw but ultimately redemptive work intended for a single performer with film and multi-­‐speaker installation.

This is a work-­‐in-­‐progress and, today, we are performing the first act. The final opera will be in 3 acts:

Act 1: The protagonist relates his view of the world as he walks around. He moves through populated places but there is a deep sense of isolation and dislocation. He plans to end his life.

Act 2: In a psychiatric ward, the protagonist is removed from the last vestiges of normality and immersed in a shadow-­‐world where the boundaries between what is external and what is internal no longer exist. Hemust encounter his inner demons – to all intents and purposes – literally, alongside the clinical world of psychiatric care.

Act 3: A short post-­‐script on surviving that concludes:

“For all the suffering and striving

The sounds of life embrace an incomprehensibly wonderful harmony.

The human capacity for

Entering the weightlessness of love, half-­‐turned to heaven.

For seeing that this is a garden and it is spring.

I try to remember that”. 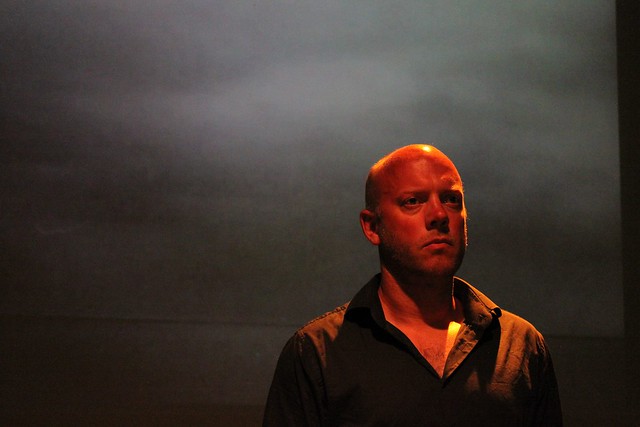 Pete M. Wyer is a London-­‐based composer who has created works for the London Symphony Orchestra, Royal Philharmonic Orchestra, ROH2, Juilliard Orchestra and many others. His seven operatic/music theatre works include: Johnny’s Midnight Goggles, Numinous City and 57 Hours In The House Of Culture. This summer saw the premiere of And Death Shall Have No Dominion in New York, which featured scattered singers – synchronized via an app across Brooklyn and Manhattan – singing settings of Dylan Thomas’ famous poem whilst walking toward one another and eventually assembling at Rockefeller Park. He is the recipient of numerous international fellowships and awards.