Commissioned by Bergen National Opera for Ingvild Schultze-­‐Florey, this new chamber opera gives voice to Nadja, the object of André Breton’s fascination in his novel Nadja.

Published in 1928, André Breton’s celebrated surrealist novel Nadja is an undeniably strange book, even an estranged book. Breton’s narrative begins with the question ‘Who am I?’ yet it is only in the chance encounter of a young woman, the eponymous Nadja, that this question finds its own disturbedecho: ‘who am I…would amount to whom I haunt’. Nadja was not only impoverished but also mentally vulnerable, and it was in her troubled state that Breton romanticised an example of authentic surrealism – wilfully misrecognising or distorting her suffering for what could be his art. As abruptly as their lives converged, Breton severed contact, and the relationship was abandoned. Nadja descended into insanity and lived out the rest of her short life in sanatoriums, never to be visited by Breton and never – in the brief narrative of his novel – to be returned to, or reflected upon. She is what haunts the book and, within the book, the presence through which Breton attempts to understand himself. When she becomes most real and most present, Breton recoils and she is made absent. This opera imagines her voice, so conspicuously missing and misinterpreted. A voice that is heard from out of time, out of a struggle with madness, love and neglect and now returning: a restless memory perpetually encountered. 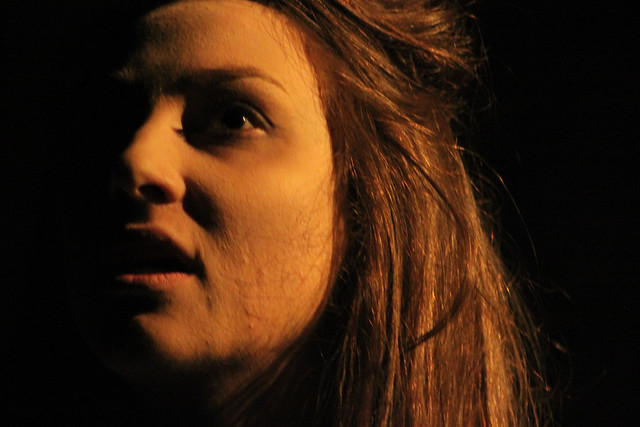 Lucy Armstrong (b.1991) studied composition at the Royal Northern College of Music under Adam Gorb and Gary Carpenter. She has written for Bergen National Opera and Size Zero Opera. She has written for theatre, including Festen (Central School of Speech and Drama), in addition to her concert music.

David Spittle is completing a PhD at Newcastle University. His poetry has been published in 3am, Zone, the delinquent, and is translated into French courtesy of Black Herald Press. David’s debut collection ofpoetry was shortlisted for the Melita Hume Prize, 2015. David has written the libretti to three operas performed at venues around Cardiff and at Hammersmith Studios in London.

Joanna Louise Mackenthun trained at the Royal Central School of Speech and Drama and Wimbledon College of Art. An avid model maker and illustrator, Joanna is particularly interested in exploring innovative ways of immersing audiences, whether through the use of new technology orthe rediscovery of established techniques.

Olivia O’Connell is a performer, director and choreographer and has performed at the Waterford Festival of Light Opera, at Open Air (Kentwell Hall) and with Opera della Luna. Olivia directed Gilbert and Sullivan’s Patience earlier this year – a production that will be competing at the International Gilbert and Sullivan Festival in August.

Ingvild Schultze-­‐Florey (mezzo-­‐soprano) is currently studying at the Royal Northern College of Music. Besides her studies, she is supported through the Bergen Nasjonale Opera’s talent program Unge Stemmer. Previous operatic experience includes Dido Dido and Aeneas and performing as a chorus member in productions across Norway and the UK.