A whirlwind tour through the life and work of maverick writer, collagist, radio-producer and opera composer Ergo Phizmiz. Performing excerpts from music-theatre pieces dating back to his early teens to current work-in-progress and experiments, the evening will provide a personal and kaleidoscopic overview of the work of one of the UK’s most uncategorisable and prolific artists.

Queen of Names is a trip down my own operatic memory lane, which is less rude than it sounds. For better or worse I have been producing operas-of-some-description since 12 years old – giving me, as you can imagine, instant popularity at school. Who needs to be good at football when you can imitate Gilbert & Sullivan?

Beautiful Bicycle from The Third Policeman, a tender ode to our wheeled friends.

To Kill a Man is a song from the opera Elliott, written at age 14, and the only one of my teenage operas ever to be staged.

The Invention of Opera tells the truth about where opera really came from. The Florentine Camarata was a cover-up to rival the Illuminati.

Death of a DJ from my 2010 opera The Mourning Show, in which three malevolent ladies telephone the radio show of Chris Evans and destroy his mind until, convinced he is a bird, he plummets from the window.

Some examples of Staticopera: operas that exist in stationary silence.

Written for the US based radioshow Risk, Death of a Good Friend is a radiophonic opera about jealousy.

In the autobiographical radioplay Disappearing Boxes, from 2011, we met my version of Lewis Carroll’s Boojum, the Auto-Boojum: a nom-de-plume for music itself.

In the 1920s the alchemist Fulcanelli invented a pair of anagram shoes, which were presented to the trapeze artist Barbette, permitting him/her to transform his/her own sex at whim; from the 2011 semi-opera Fulcanelli’s Shoes.

My 15 hour radioplay The Faust Cycle (2006-2010) contains a plethora of mini-operas. To See You Smile is a duet between God & Satan, accompanied by a chorus of Angels & Devils.

Created especially for this show, The Impulse to Shoot at Every Shadow is a spoken-word opera in audio/video collage and animation. The words are cut from Present Indicative, an early autobiography by Noel Coward.

And why is the show called Queen of Names? Because I’m the Queen, of course…. 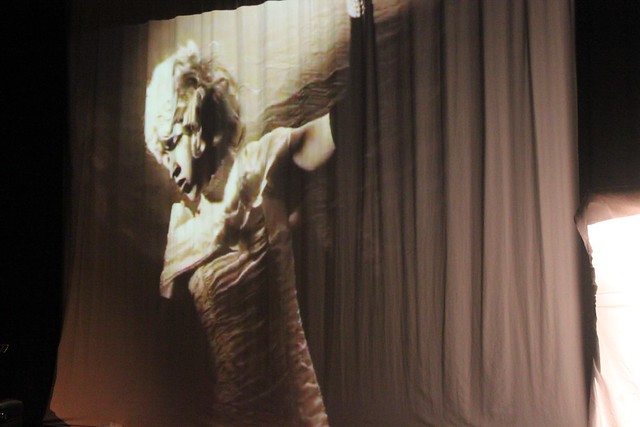