THE ELECTRICTIONARY was conceived by the composer as a project that could explore the power of language and the issue of neologisms (new words) through music. Timothy Knapman then developed the idea into a full libretto. The use of various styles of music side-­‐by-­‐side is a deliberate attempt to draw parallels between the deep history of words and the similarly complex origins of the multitude of musical styles that surround us every day. The orchestra features jazz musicians alongside baroque specialists. Plans are in development to workshop the piece in public libraries with secondary school students in the autumn of 2015, to engage young people in their local libraries, and raise awareness of the plight of libraries in changing times.

Any time, any place.

The Editor awakens from a nightmare about an endless stream of new words. He announces the compilation of the ultimate dictionary, which will set language in stone forever. He declares that anybody who invents a new word, or uses a ‘prohibited’ word, must be punished. The last new word allowed is the name of his project: ‘The Electrictionary’. He has a slave who provides him with everything he needs. His first appointment is with The Poet, who despairs at being exiled after criticising The Editor in her writing. She wonders if her ordeal has all been a terrible dream. His second appointment is with The Sage, whochooses to flatter The Editor and survive by sycophancy and obedience. The Editor commissions The Sage to make a list of all the words that will be listed in ‘The Electrictionary’; all other words will be ‘discontinued’. The Editor hints at his past. The Slave describes her childhood. The Editor is not feeling very well… 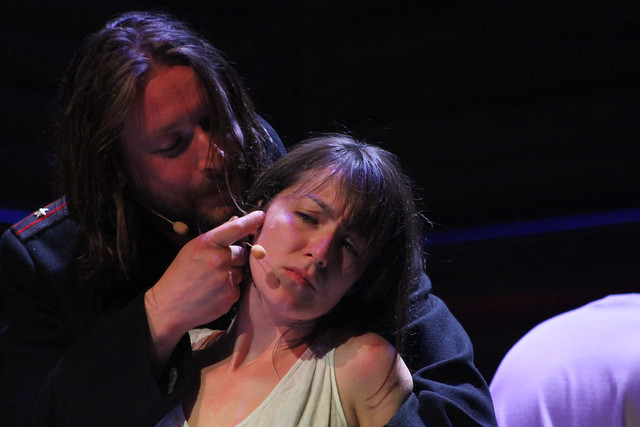