After considering Shelley’s tempestuous relationships in A Voice of One Delight, Stephen McNeff and I found ourselves drawn to another literary subject. Although the “Tom & Viv” story has been told before, we felt that Vivienne’s voice could be heard afresh through lyrics evoking Eliot’s poetry, in an imaginative re-­‐creation of her life’s story.

Vivienne Haigh-­‐Wood married T.S. Eliot in June 1915 against the wishes of her family. Their marriage was disastrous from the start, and dominated by her ill-­‐health. It became clear that each had misread the other’s hopes and ambitions; Vivienne longed to escape the social conventions that Eliot enthusiastically embraced, as he was elevated to the literary Establishment. However, their shared belief in his great future as a poet held them together, and their co-­‐dependence provided rich creative inspiration even as their marriage was falling apart. Eliot later wrote: “To her, the marriage brought no happiness. To me, it brought the state of mind out of which came The Waste Land“. Vivienne’s fears that Eliot’s success was taking him away from her put huge pressure on their relationship, as her behaviour became more erratic. Eliot was already considering a separation, when he was offered a one-­‐year fellowship at Harvard in 1932. On his return to London, he was shielded from any contact with Vivienne by his Bloomsbury friends. Vivienne’s family arranged for her committal to an asylum; she remained there until her death in 1947. Eliot never visited her. 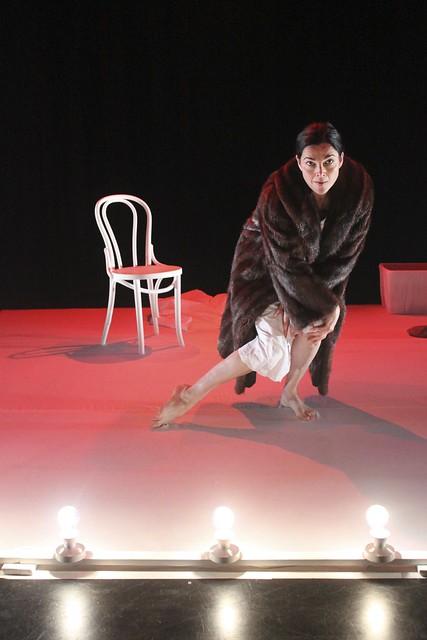 Stephen McNeff is an award-­‐winning composer whose work over four decades has included music for the symphony orchestra, opera and concert hall. He has been commissioned by the Royal Opera House, and was composer in Residence with the Bournemouth Symphony Orchestra, who recently released a CD of his symphonic music. www.editionpeters.com/composer/McNeff-­‐Stephen. en.wikipedia.org/wiki/Stephen_McNeff

Andy Rashleigh has collaborated with Stephen McNeff on many music theatre projects, including the award-­‐ winning Body Talk, and their highly praised opera The Waste Land. For the past 35 years, his plays have been regularly performed in theatres across the world and on BBC Radio 4.

Simon Kenny has designed extensively for plays, opera, musical theatre and live events in the UK and internationally, previously for McCaldin Arts (A Voice of One Delight) and most recently for the National Theatre, Watermill, Theatre Royal Bath, and Ryedale Festival. As associate/assistant designer, he has worked with Opera North, Royal Opera, ENO and English Touring Opera. www.simonkenny.co.uk

Clare McCaldin works in a wide range of classical singing environments, from the Royal Opera House to Clod Ensemble. She founded McCaldin Arts to explore the possibilities of solo performance. Her recent CD, of music written for her by Stephen McNeff, features A Voice of One Delight (performed at last year’s Festival). http://mccaldinarts.wordpress.com & www.claremccaldin.com

Libby Burgess is in demand as a song accompanist and chamber musician, giving regular recitals in the UK’s major venues and festivals. She studied at Oxford and RAM. She held both RAM’s opera fellowships, conducted Ryedale Festival Opera, and chorus mastered the 2011 world premiere of Maxwell Davies’ Kommilitonen!