The text is taken from London Labour and the London Poor by Henry Mayhew, and from interviews conducted by Christine Bacon of the human rights theatre company iceandfire; Mayhew‟s interviews are with working people in the 1840s, Bacon‟s with contemporary Londoners who are living in poverty.

In the 1840s, Henry Mayhew wanted his book to “cause those who are in „high places‟ … to bestir themselves to improve the condition of a class of people whose misery, ignorance, and vice, amidst all the immense wealth and great knowledge of „the first city in the world‟, is a national disgrace to us.” In 2008/09, 13½ million people in the UK were living below the poverty line: one in five of the population [poverty.org.uk].

From the Universal Declaration of Human Rights:

Article 3:   Everyone has the right to life, liberty and security of person.

Article 25: (1) Everyone has the right to a standard of living adequate for the health and well-being of himself and of his family, including food, clothing, housing and medical care and necessary social services, and the right to security in the event of unemployment, sickness, disability, widowhood, old age or other lack of livelihood in circumstances beyond his control.

Voicing originated as a collaboration between director Julie Osman and composer Caroline Heslop at Arch 468; the original material for the piece was developed with a company of nine performers in a two day workshop in March 2011 and has been extensively reworked for this performance, which is a work-in-progress.

Developed with the support of Arch 468 arch468.com

Rehearsal space for this performance generously provided by Trinity Laban Conservatoire of Music and Dance. 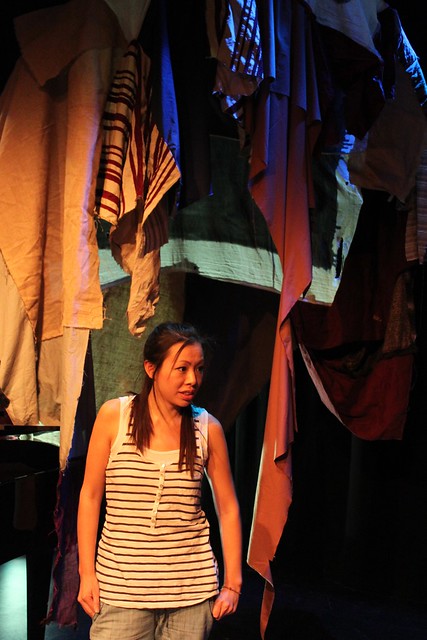