A Voice of One Delight began life as a commissioned concert piece for mezzo, flute, harp and viola, premiered at the 2010 Presteigne Festival. Our ambition to realise the work as a small stage production led to further script development work and a change of instrumentation to piano with amplified sound. The piece continues to evolve in many directions as a third incarnation, with augmented orchestration, is planned for 2014.

A Voice of One Delight was inspired by Louis Edouard Fournier’s highly romanticised painting of the poet Percy Bysshe Shelley’s funeral pyre on the beach at Viareggio. Shelley was a social and political radical who despite being philosophically opposed to marriage, twice found himself at the altar. His second wife was Mary Godwin (who later wrote Frankenstein) and they remained together until his death, but he had many emotional entanglements with other women, inspiring some of his most powerful love-poetry. Censured by mainstream English society because of their politics and his atheism, the Shelleys set up home in Italy as one of a loose group of exiles, frequently moving house to escape ex-patriate opprobrium, disagreements, creditors or simply to seek new experiences. The narrative is told in the words of what came to be known as the ‘Pisan Circle’ – Shelley and Mary; his last muse Jane Williams, her husband Edward who drowned with Shelley; and Lord Byron – through their correspondence and journals. Settings of verses from Shelley’s final lyric poems addressed to Jane provide an emotional and musical thread through the piece. 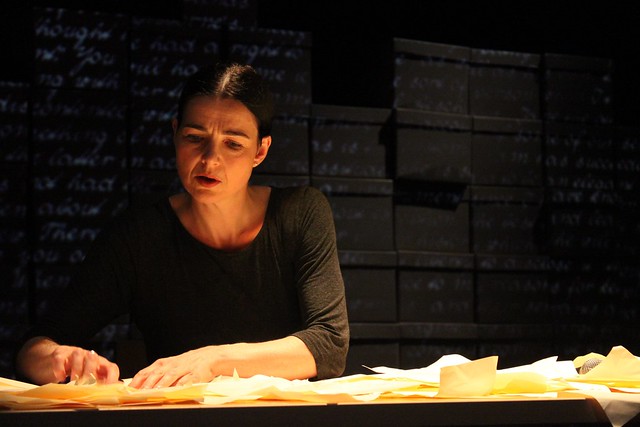 Stephen McNeff is best known for his music for the theatre as well as orchestral music. His operas Clockwork and Gentle Giant have been seen at the Royal Opera House Linbury Theatre, and in 2007 Tarka won the British Composer Award for best stage work. He was Composer in Residence with the Bournemouth Symphony Orchestra from 2005-2008 and recently worked with orchestra on The Chalk Legends as well as recording a CD of his orchestral music. www.stephenmcneff.co.uk

Elizabeth Burgess is dedicated to working with singers – as accompanist, coach, and conductor. Additionally an established chamber musician, she gives regular recitals in the UK’s major venues and festivals. She studied at Oxford and RAM, and held both RAM’s opera fellowships. She conducted 2010 Ryedale Festival Opera, and chorus mastered the 2011 world premiere of Maxwell Davies’ Kommilitonen!. www.elizabethburgess.com

Clare McCaldin, as an established performer of contemporary repertoire, Clare has premiered many significant works, including those by Stephen McNeff that will feature on a CD recorded later this year. She makes her solo Proms debut this season in Debussy’s Le Martyr de St.Sebastien and continues to develop projects with McCaldin Arts. www.claremccaldin.com

Petra Sӧӧr is a freelance performer, choreographer, rehearsal director and teacher. She has, in the UK, worked with artists such as Aletta Collins for Opera North and ROH2, Anna Williams, Carrie Cracknell, Fevered Sleep, Vera Tussing, Albert Quesada, Charlotte Spencer Projects and has made and shown her own work both in London and in Europe.