A Fetus in America

In the afterlife aborted fetuses gather for a laugh and a shot of embryotic fluid at the ‘Petri Dish’, legendary cabaret bar for the unborn.

Gender bending abortee, Ziggy, is topping the bill, proving once and for all that fetuses feel, dream, walk, talk- and boy, can they sing!

Luke and Peter met on the Jerwood Opera Writing Programme. It was within this hot bed of opera experimentation that the pair first encountered the soprano Jessica Walker, writing a two minute opera for her in an afternoon. Luke and Peter quickly arrived at the idea of working on Fetus together, amused and provoked by the idea of mashing together different genres to tell the story of a singing abortee’s rise to international notoriety. Spurred on by the wonderful Tête à Tête, they launched in to creating the first scene for the festival, a self-contained episode in which an aborted fetus sings about the life it could have had. 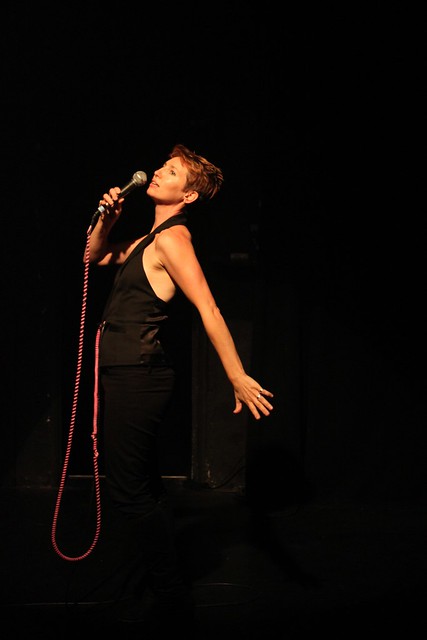 Peter is a writer and director. His first libretto, ‘The Pleiades’, was performed at the Greenwich Observatory in 2009. He is a graduate of the Royal Court young writers program and member of the Jerwood Opera Foundation at Aldeburgh Music, working collaboratively with composers to write and stage new opera. Theatre includes ‘London Wall’ (Soho Theatre, Next Generation), ‘Don Perlimplin’ (Young Vic, Process Week), ‘We Feel Fine’ (Theatre 503), ‘The Elephant Tree’ (Edinburgh Fringe) and ‘Little Thorns’ (CAPITAL Centre, Coventry).

Luke is a UK based composer whose music has been performed throughout the world at leading festivals by contemporary music’s premiere musicians. This has included performances by the BBC Singers, the Kreutzer Quartet, members of Ensemble Modern and at festivals such as the Wien Modern, Darmstadt International Festival for New Music, Deal Festival and the Park Lane Group. Luke has studied with a range of influential composers in the UK, Germany and Austria, including Wolfgang Rihm, George Benjamin, Detlev Müller-Siemens and Michael Finnissy.

Jessica is a graduate of the Guildhall School of Music. Her opera work includes roles with Opera North, Reis Opera, Glyndebourne, Music Theater Transparant, and The Opera Group. Contemporary music work includes Ligeti’s Aventures/ Nouvelles Aventures and Joanna Lee’s Elephant Woman, both for Psappha. Her 2010 solo show, The Girl I Left Behind Me, commissioned by Opera North and co-devised by her and director Neil Bartlett, has a residency at the Barbican Pit in November. She tours Mercy and Grand, the Opera North Tom Waits project this autumn, with performances, in London, Bristol and Canada. A CD is being released on the GB label.