HERAKLES! was first developed in 2013 for a one-­‐off performance at The Actor’s Church (Covent Garden), with assistance from Help Musicians UK, PRSF and the Iris Theatre Company. Written specifically for the players of ARCO (those on stage tonight), the work has been reanimated, propped up and given a close shave for several performances in 2014 and 2015.

Offspring of an immortal father and a mortal mother, Hercules is an oddity– in possession of unnatural gifts, but bound by the same wheezing, aching, bleeding, flatulent body as the rest of us. This “divine fart” is the singularity of a musical black hole in HERAKLES! – drawing in, distending, and ultimately obliterating a freely syncretic car crash of references to classical and less classical demigods. Via various scraps of cultural flotsam and jetsam, the myth finds its ultimate allegory in the form of a traditional British Mummers play – a bawdy and incredulous tale of miraculous resurrection. 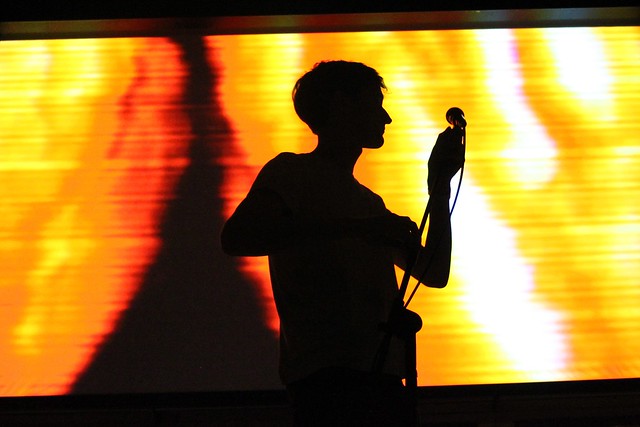 Neil Luck is a composer, performer and director, based in London. He has written for a range of soloists and has organised a number of events and festivals that reflect his interests in live performance. He is founder of the ensemble, ARCO and co-­‐founder of the artists group and netlabel, squib-­‐box. neilluck.com

Adam de la Cour (b.1979) is a composer and performer living just outside London. In early 2014, he was crowned champion in Mark Appelbaum’s Graphic Score X-­‐Factor Interpretation Competition at the Brugge Concertbegouw. adamdelacour.com

Tom Jackson is a clarinettist and saxophonist based in London, largely dedicated to contemporary classical music and free improvisation. He maintains an extensive and eclectic performance schedule. He is a proud member of Cram Collective (Mumbai and London), squib-­‐box (London) and One Moment Free Improv (Belgium). musictomjackson.com

Born in Japan, Chihiro Ono is sought-­‐after as a violinist, violist and baroque violinist, performing and broadcasting on Radio and TV as a soloist, chamber musician and orchestral leader in the world. Her repertoire ranges from baroque, classical (on gut strings) to contemporary music, free improvisation, theatre music and experimental performances.

Sam Rice started playing the double bass at the age of fifteen and read music at the University of Surrey. He then studied for his PGDip in Performance at the RCM. In 2010, Sam was a member of Southbank Sinfonia and, since then, has worked with many orchestras in and around London, as well as West End shows.

Benedict Taylor is an award-­‐winning violist and composer, specialising in contemporary music and improvisation.

He is a leading figure within the area of contemporary string performance, at the forefront of the British and European new and improvised music scene. He performs, records and composes internationally as a soloist and ensemble performer, and is the founder and Artistic Director of CRAM – a music collective and independent record label.