INDIGESTION was conceived by Eleanor Craddock, in late 2010 – why couldn’t the immediacy of site-­‐specific theatre be translated into a musical theatre setting? Subverting the notion of the pre-­‐theatre meal, why couldn’t theatre and food be combined? INDIGESTION has had two sell out performances at the ‘Not Part Of’ festival, in June 2011, and Library Theatre’s ‘re:play’ festival (Lowry Restaurant, Salford Quays), in January 2012.

Danny and Clare are on a first date. Ben and Fiona are discussing all the morons they encounter in their everyday lives. Tony, alone as usual, is surveying the hubbub around him and jotting down his thoughts.Meanwhile Rachel is trying to ensure everything at the restaurant runs smoothly, until she drops a plate. Nervously she reassures the audience that all will be well and that they should, amongst other things, treat her well and enjoy their meal. Over the course of the evening, Ben and Fiona become more and more jaded with the world, whilst Danny and Clare, although still awkward, find common ground. Meanwhile, Tony is observing everyone; he’s come to the restaurant for a reason, but why? In a spectacular fashion, he reveals that – when not writing awful poetry – he reviews under the pseudonym, Gerald deVere – an infamous, pompous food critic, who slated the restaurant on a previous occasion. As the evening draws to a close, the young couple are nervously, and naively, chattering about their future together, whilst Ben and Fiona (drunk and bitter) have run out of items to bitch about. As Rachel (tired and underpaid) cleans the plates away, she muses about her waitressing role and the fact that tomorrow is just another working day. 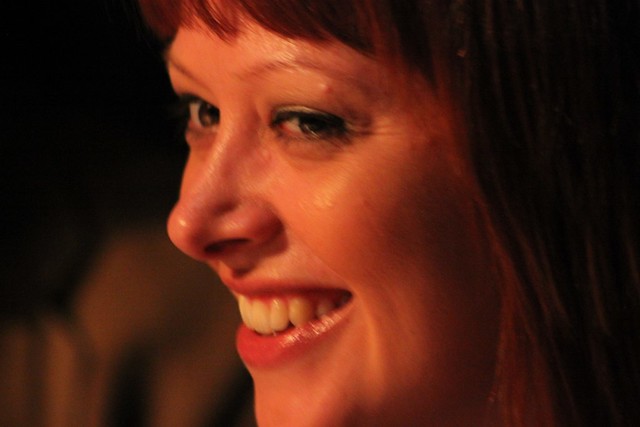 This is Fran Paterson’s 5th collaboration with composer, Michael Betteridge, having starred in the original Indigestion performances, There and Back Again (New Space Productions), and Dancing Dynamite (RNCM). She has also starred in Pub (Heart Off Guard), and To be Read at Dusk and The Mortals in the House (Tea Break Theatre).

Adam Bowler is currently studying acting (BA Hons) at the Royal Central School of Speech and Drama. He’s been performing in shows – including Les Misérables, Fame and The Wizard of Oz – for about 5 years. His main interests include history and politics, as well as theatre.

Hannah Louise Bates recently completed a BTEC in Performing Arts (Musical Theatre) and is going on to read Drama, Theatre and Performance studies at Roehampton University. Recent performances include: Keisha Flashdance, Emma Jekyll and Hyde, and Belle Beauty and the Beast. She is very excited to be making her professional debut in Indigestion!

Paul O’Neill has performed extensively in community, university and fringe theatre. Directorial credits include: The Yeomen of the Guard, Lucky Stiff, and his own short play, Impossible!, which won two Liverpool University Drama Awards. A member of the original Indigestion cast, Paul is again delighted to be singing for his supper!

Rachael Hall is a trained dancer and pianist. She has worked as a dancer for Disneyland Paris and Blue Pearl (a Paris-­‐based dance company). Since an injury forced her to give up dancing, she has worked as a presenter andas a teacher of the performing arts. After a five-­‐year break from performing, Indigestion sees her return to the stage… or rather the dinner table.

Adam Urey graduated from Birmingham School of Acting in 2011. In 2010, he was awarded a Laurence Olivier Bursary Award from the Society of London Theatre. He most recently appeared in the UK premiere tour of In a Land Much Like Ours, Lunch (by Steven Berkoff), and One Hand Clapping.

Eleanor Craddock is a director and youth worker, whose interests include using the arts to engage with harder to reach audiences, and non-­‐traditional theatre. She is currently based in Perth (Australia), where she is working on several projects as a freelance youth worker.

Michael Betteridge is a composer and conductor based in Manchester. As well as his work for New Space Productions, he is a composer with, and co-­‐director of, Collectives and Curiosities. He also works as an animateur for organizations such as Opera North. www.michaelbetteridge.com / @mbetteridge.

Derek Martin has written over thirty plays from an adaptation of Treasure Island (Eye Castle Theatre) via political shorts, Grapeshot and Eggshells (Theatre 503), to plays for schools, youth groups, the police and the NHS. His play Party Pieces will premiere later this year, as part of the Threepenny Festival in Manchester.