It Makes No Difference

From a concept by Simone Spagnolo

A Narrator, lots of balls, a knife and a gun, common people and infiltrators: It Makes No Difference is designed upon concepts of non-linear-narrative which, together with its dramaturgical and mnemonic implications, aims to metaphorically express the feelings of contemporary Italian generations with regards to its socio-political system. The characters are very different and seem to be not connected within the plot, however their stories eventually meet. This work is written for four singers, choir and chamber orchestra.

‘More compelling than ever I saw the necessity of writing an opera that could be at once moving and contemporary despite its historical setting, an opera that would depict the tragedy of our time.’ With these words Luigi Dallapiccola described his feelings when conceiving in the 1940s his opera Il Prigioniero (1950). Those were the years of the Second World War, during which Dallapiccola experienced the atrocities of the war and the racial-political persecution. It is from the same necessity of representing the contemporary condition that It makes no difference was generated: it is an operatic work that aims to metaphorically represent our socio-political status, our lack of leading values, and our difficulty in understanding what is good and bad, right and wrong, left and right, who is who.

Following the trend of post-1945 Italian opera, this work breaks the dramaturgical relationship with the classical norms of time, place and action, presenting decontextualize characters who do not evolve their own psychologies during the course of the opera, but instead act as a mere representation of ideas. At the same time It makes no difference shows a multi/non-linear narrative: all scenes and characters are apparently unrelated, and it is the audience’s unconscious imagination the only key to collage the meaning. 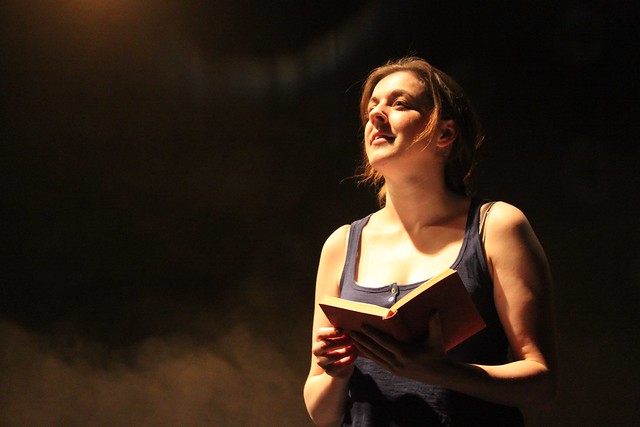 Simone’s music has been performed and broadcast in UK, Italy, USA, China, Norway and Czech Republic by ensembles and artists such as Philharmonia Orchestra, Asia America Symphony Orchestra and Allegri Quartet among others. With his works he won three times the Asia America Symphony Orchestra Prize (Los Angeles) and the Philip Bates Opera Prize (Birmingham). In 2008 he was appointed as composer-in-residence for the Anteros Art Centre (Norwich) and in 2011 as artist -in-residence at USF Verftet (Bergen, Norway). His music has been performed in venues such as London’s Royal Festival Hall, St. Martin-in-the-Fields, English National Opera, Blackheath Halls, Brno’s Janacek Academy, California’s Stanford University and Aratani Theatre, and New York’s Sputnik Gallery. Simone is a contributor Grove Dictionary and he currently undertaking Doctorate studies at Trinity Laban Conservatoire of Music and Dance under the guidance of Paul Barker.

Diego was recently musical director of the Galician Dramatic Centre’s production of Weill-Brecht’s Dreigroschen Oper, and collaborated as assistant conductor at Teatro Real (Madrid) with Paul Daniel in Szymanowsky’s Król Roger and with Josep Pons in Britten’s The Turn of the Screw. Previously he has worked with Diego Masson at the Dartington International Summer School, and with Nicolas Chalvin at the Opera de Nantes- Angers and and Opera de Lausanne. He is regullary invited by the Orquestra Sinfónica de Galicia, Orquesta Filarmónica de Málaga, Orquestra Nova da Sinfónica de Galicia. His special interest in new music lead him to create Diego is also the founder and artistic director of the contemporary music ensemble Taller Atlántico Contemporáneo. www.diegogr.com