It will tell us everything we need to know. Please do the right thing. Decide.

Songs for Jean McConville: a Requiem

This is a work being developed in Belfast, with a view to a performance in the cathedral early next year. Mrs McConville’s story has been at the back of my mind for some time now. Her murder – and its subsequent denial – has proved an uncomfortable thorn in the side of our ‘let’s move forward’ mentality in Northern Ireland. No one has been tried for this crime. No one has been accused. No one has stepped up and told the real story. I wanted to write a piece that would keep her story in the public realm. Keep her name in the conscience of the Northern Irish peace process. This is the beginning of that piece – fragments.

When the accused are confounded,

and doomed to flames of woe,

call me among the blessed.

I kneel with submissive heart,

help me in my final condition.

That day of tears and mourning,

when from the ashes shall arise,

all humanity to be judged.

Spare us by your mercy, Lord,

May angels lead you into paradise; Upon your arrival, may the martyrs receive you

And lead you to the holy city of Jerusalem.

May the ranks of angels receive you,

And with Lazarus, the poor man,

May you have eternal rest.

Lamb of God, who takes away the sins of the world,
grant them eternal rest forever. 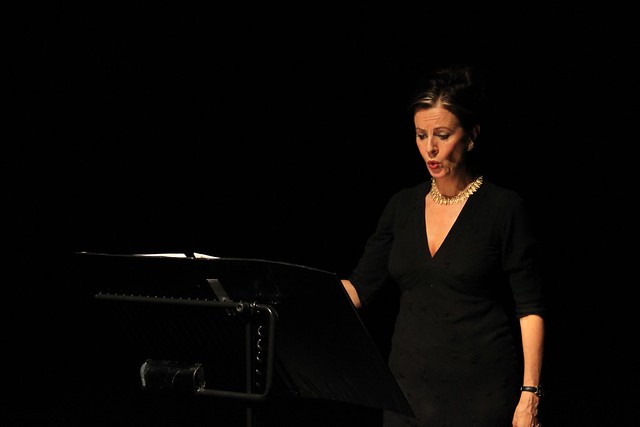 Samuel is a composer & conductor. His music is played regularly throughout Britain & Europe. He is the Manson Fellow & the Mendelssohn Scholar, at the RAM, where he studied with Philip Cashian and Simon Bainbridge.

Mark is an internationally acclaimed playwright whose first full-length play, Shopping and Fucking, opened at the Royal Court Theatre Upstairs in 1996. In the UK, his works have also been produced at the National Theatre, Donmar Warehouse, Barbican Theatre, Soho Theatre, Lyric Hammersmith and Traverse Theatre, Edinburgh. Mark is currently under commission to Headlong Theatre and has written the libretto for Ten Plagues, a new opera for Marc Almond. Mark’s plays have been translated and produced all over the world.

Bill is founder and Artistic Director of Tête à Tête, and Chair of the Opera and Music Theatre Forum. He has championed new audiences for new opera, and directed all of the company’s productions to date. Recent freelance engagements include The Classical Opera Company, Oxford Shakespeare Company, Blackheath Halls, Trinity College and Iford. Plans include directing his new translation of Hansel and Gretel for Scottish Opera and Circus Tricks for Tête à Tête.

Pianist, composer and MD trained as Foundation Scholar at RCM. He plays with Charles Court Opera, pianocircus, Eaton-Young piano duo, Contemporary Consort. His music has been performed by Amphion and Galliard Ensembles, Contemporary Consort, Phoenix Piano Trio and his MD work ranges from children’s theatre and contemporary opera to London’s most popular boutique pantomime at the Rosemary Branch Theatre.

His theatre experience includes 15 years as a dancer for various internationally renowned companies. In September 2004, he left dancing to attend the prestigious Motley Theatre Design Course. Since then, he has designed extensively for theatre, dance and opera. Fabrice designed Krazy Kat for Tête à Tête: The Opera Festival 2010 and he is delighted to be back.

have been in Odysseus Unwound and he will appear in Circus Tricks early next year.

Claudia has studied in different cities in Europe such as Paris, London and Berlin. As a harpist she works with different orchestras in Switzerland, is a member of the contemporary ensemble Octandre and has a jazz trio in Berlin called Pandora.

Corentin studied in St-Malo, Paris and London. He is a london-based chamber-musician, member of the Mercury Quartet, the cello and laptop duo Partial Gathering, the Octandre Ensemble, the Ealdwic Ensemble He is also the official cellist, in Europe, of Taro Hakase.

.
Songs for Jean McConville:a Requiem
Conor Mitchell: Music is a musical dramatist from Northern Ireland. His work has been performed at the National Theatre, Royal

Court, throughout Ireland, the UK, US and Europe. He is currently writing the song cycle Ten Plagues with Mark Ravenhill for the

James Longford studied piano and organ at the Royal College of Music, winning the Tagore Gold Medal and now enjoys a wide-ranging career as a freelance pianist and repetiteur, and as one half of the Longfordbrown piano duo with Lindy Tennent-Brown. James is the principal pianist for the Royal Opera’s Youth Opera Company, Whitehall Choir and the London Concert Choir, and has been the principal keyboard player of Southbank Sinfonia since their inception almost ten years ago.