SIDESHOWS has been performed many times across the UK since 2012. The song, The Dancing Bear was commissioned for the Olympic 2012 New Music Weekend at Southbank Centre. The Bearded Lady followed and was shortlisted for the Ludlow English Song Composition Competition 2013. These two songs were then awarded the Philip Bates Prize 2013, promoting a further two movements to be added, titled The Palm Reader and The Fire-­‐eater. The song-­‐cycle has now been expanded to create a through-­‐composed theatrical/operatic work with dance. The text draws on the intense vibrancy of the carnival scene, showcasing outrageous characters in witty and bizarre portrayals of their lives. The music explores the boundaries between classical music and jazz with jazz influenced harmony, limping grooves and wild improvisation. The dance employs the fundamentals of classical ballet technique but warps it to bring the outlandish characters to life.

Roll up, roll up for the award-­‐winning Sideshows Circus! Feast your eyes and ears on this opera/ballet spectacular. With jazz-­‐influenced music, witty writing and warped ballet, this is a show not to be missed… The Ringmaster and his troupe of clowns will guide you through the warren of tents that lurk on the borders of dreams in the striped shadows of the Big Top. Here the sideshows ply their trade: the Dancing Bear, the Palm Reader, the Snake Charmer and many more… In this innovative fusion of poetry, music and dance, the underdogs of the circus are finally given a voice. Come see what happens when sideshows take centre stage. 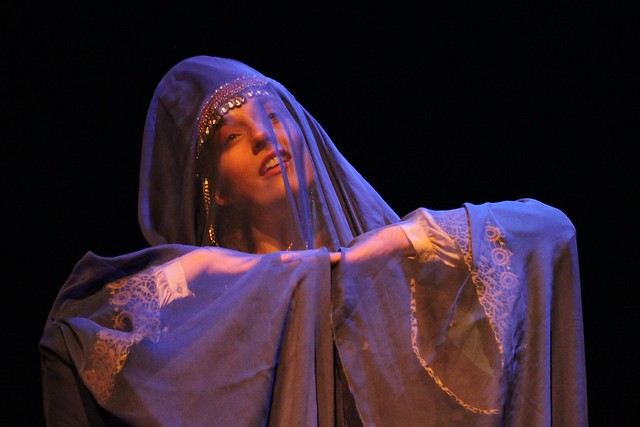 Leo Geyer has completed his studies on the Joint Course at Manchester University and Royal Northern College of Music. Recent composition projects include works for the BBC Singers, Opera North and Rambert Dance Company. As a conductor, Leo works with Constella Ballet & Orchestra, Khymerikal, Settle Orchestra and The Royal Ballet.

Martin Kratz is an Associate Lecturer in English at Manchester Metropolitan University. His poetry has been widely published in magazines including: The Rialto, Magma, The Interpreter’s House and The Moth. He is Co-­‐ Editor Mount London: Ascents in the Vertical Cityfrom Penned in the Margins.

Alfred Taylor-­‐Gaunt has created a number of works for the National Youth Ballet, Tring School and Richard Chappell Dance, where he is the Resident Choreographer. Alfred created the greatly receivedChaos at the Keaton Café for the NYB 2013 season and was presented with the Bronze Statuette by Dame Monica Mason.

Joel Fisher recently graduated from the University of Manchester with a 1st in Music. Directing credits include: assisting Jeff Clarke (Opera della Luna) on The Gondoliers and La Fille du Regiment. Joel recently joined the Trainee Director Scheme at the King’s Head Theatre, which includes working with Olivier award-­‐winning OperaUpClose.

Rachel Maby is a mezzo-­‐soprano in her final year on the joint course at the Royal Northern College of Music, having graduated from the University of Manchester earlier this year. She studies and performs a vast array of repertoire, focussing on developing vocal versatility in classical, jazz and contemporary music.